A mother figure to the Singapore magic community, she has departed to heaven. There is no denying that her passing is a great loss to our FISM member club, GWR (The Great Wong Ring). However, we hope that GWR’s juniors will follow in her footsteps, wish her all the best.

It is with a heavy heart that I announce the passing away of the wife of our late “The Great Wong” – our Ring 115 is named after him: “The Great Wong Ring”. She passed away peacefully this afternoon while listening to Christian worship songs at home. She has lived to a ripe old age of 98.

President of The Great Wong 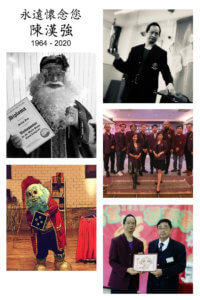 FISM ACM 2020
Busan
(South KOREA)
Registration HERE!!
FISM ACM2020
has been postponed
The new dates are
Nov. 4 to Nov. 7, 2021
Please see here for more details
For the
Next FISM ACM information
and registration
from  menu “Next ACM”
“General Information” in that page you can find a link button
“Make a registration”,
please click it to access AMN site.
Translate »
PAGE TOP